On Friday, November 2nd, the city of Newton held a pumpkin smashing event to promote composting in the City of Newton and neighboring cities. Members from the Ligerbots attended and set up our Pumpkin Smasher contraption and the public was encouraged to bring their leftover pumpkins from the Halloween holiday season to be smashed. 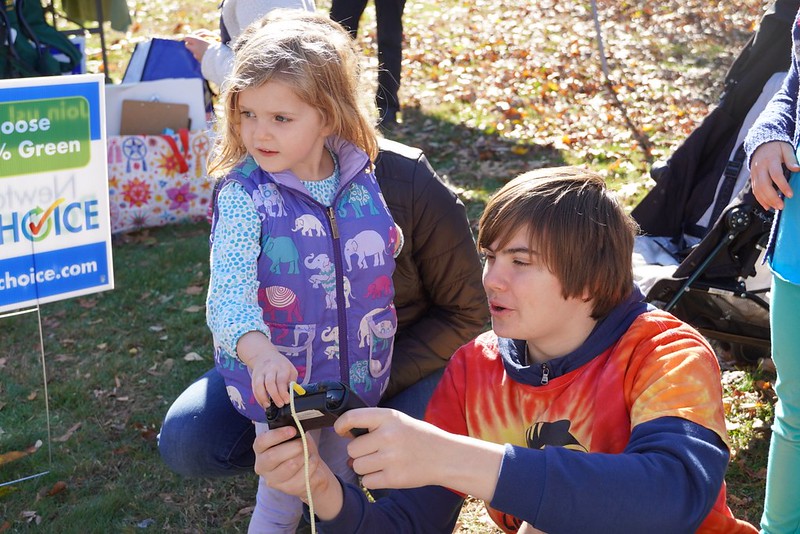 With 750 attendees, ranging in all ages, Ligerbots ran binary beads, the Pumpkin smashing event, and spoke to the adults in attendance. Newton City Council volunteers Eric Braman and Waneta Trabert reached out to us afterwards and shared their thanks for our involvement in the event. 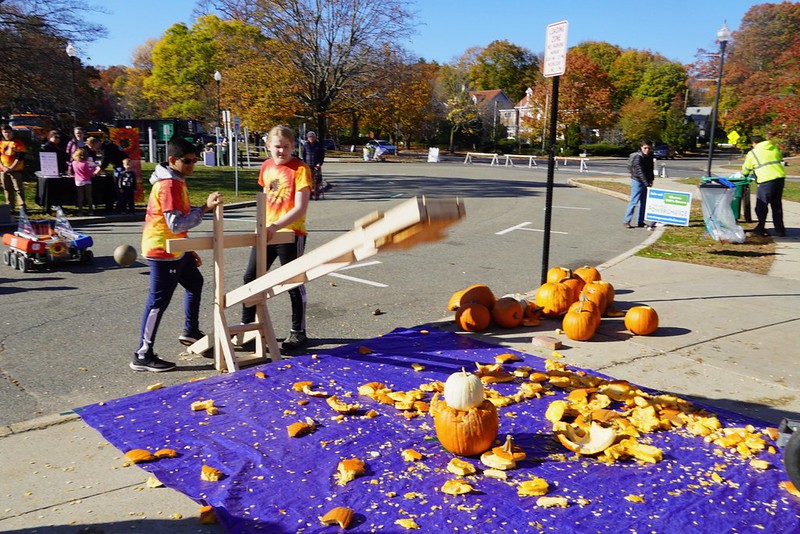 On Tuesday, November 12th, a Newton community event was held at Newton South High School where Newton residents shared their stories of success and personal development, called “Newton Inspires.” The LigerBots helped adults navigate around the school to get to different classrooms. 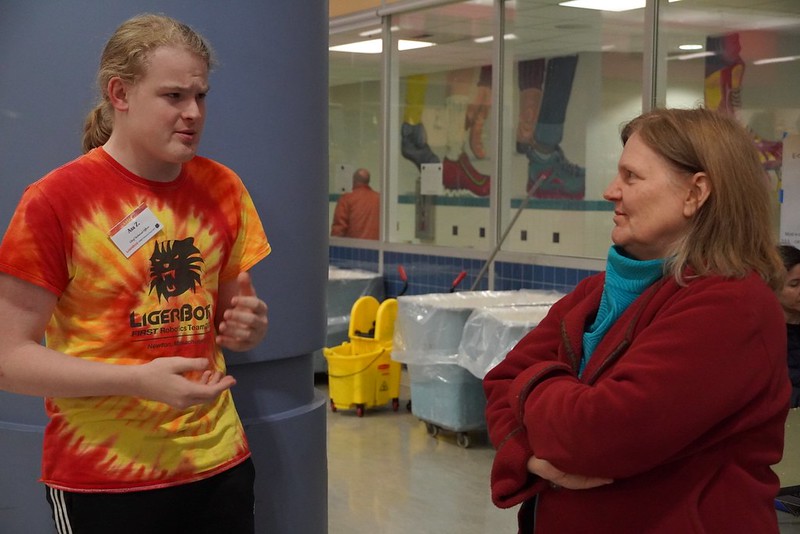 This gave community members an excellent opportunity to talk with team members about the LigerBots and what we do for the community. 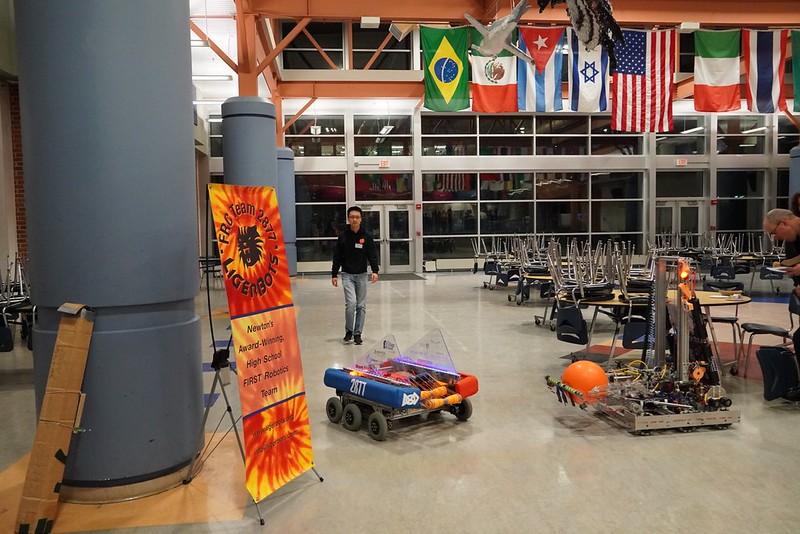 On Friday, November 15th, Newton North hosted its annual Girls in STEM day, with presentations by guest speakers of field experts and alumni given in Assemblies throughout the day.  Since the event occurred during school, 11 LigerBots tag teamed in presenting our robot and staffing a booth during lunch with other organizations as an example of and in support of women’s success in STEM. It was an inspiring day and served as a reminder of the struggles and triumphs of women in STEM.

« Our Preseason So Far!
The LigerBots Host FLL Competition in November! »